Meet Inspiring Speakers and Experts at our 3000+ Global Events with over 1000+ Conferences, 1000+ Symposiums and 1000+ Workshops on Medical, Pharma, Engineering, Science, Technology and Business.

Unique Opportunity! Online visibility to the Speakers and Experts

Big Data Conference 2023 is an excellent event which will be conducting together people from dissimilar domains of Big Data, Computer science, Analytics and Data Mining world such as experimenter, analysis, academicians and more to discuss the topics linked to Big Data machine learning, artificial intelligence, algorithms, bioinformatics, Robotics in data sciences, big data analytics, data visualization and presentation Big Data conferences, we invite all the honorable speakers, delegates, exhibitor, sponsors, researchers, experts, experimenters, officials, moderators,  experimenter and  students  to join the Big Data Computer science, Analytics and Data Mining 2023 which  will be  conducted on November 15-16, 2023 Paris, France. The event welcomes all researchers to take bit in this conference on Big Data, Computer science, Analytics and Data Mining. This conference is to get you strengths with the knowledge on Big Data to reach your goals.

Big Data, Computer science, Analytics and Data Mining is a chance to meet others within specialty to network and learn the latest Technology and Applications. It is an opportunity to get understanding from experience professors, experimenter and scientists. Attending this conference will be obliging to expand your knowledge and find solutions to problems and to present your schemes and experimentation work to others.

Machine learning is an application of artificial intelligence (AI) that provides systems the ability to automatically learn and improve from experience without being explicitly programmed. Machine learning focuses on the development of computer programs that can access data and use it to learn for themselves.The process of learning begins with observations or data, such as examples, direct experience, or instruction, in order to look for patterns in data and make better decisions in the future based on the examples that we provide. The primary aim is to allow the computers learn automatically without human intervention or assistance and adjust actions accordingly.

Data integration involves combining data residing in different sources and providing users with a unified view of them. This process becomes significant in a variety of situations, which include both commercial such as when two similar companies need to merge their databases and scientific combining research results from different bioinformatics repositories, for example domains. Data integration appears with increasing frequency as the volume that is, big data and the need to share existing data explodes. It has become the focus of extensive theoretical work, and numerous open problems remain unsolved. Data integration encourages collaboration between internal as well as external users. The data being integrated must be received from a heterogeneous database system and transformed to a single coherent data store that provides synchronous data across a network of files for clients. Core data integration.

Artificial intelligence (AI), the ability of a digital computer or computer-controlled robot to perform tasks commonly associated with intelligent beings. The term is frequently applied to the project of developing systems endowed with the intellectual processes characteristic of humans, such as the ability to reason, discover meaning, generalize, or learn from past experience. Since the development of the digital computer in the 1940s, it has been demonstrated that computers can be programmed to carry out very complex tasks—as, for example, discovering proofs for mathematical theorems or playing chess—with great proficiency

The term computational scientist is used to describe someone skilled in scientific computing. Such a person is usually a scientist, an engineer, or an applied mathematician who applies high-performance computing in different ways to advance the state-of-the-art in their respective applied disciplines in physics, chemistry, or engineering. Computational science is now commonly considered a third mode of science complementing and adding to experimentation/observation and theory (see image on the right). Here, one defines a system as a potential source of data, an experiment as a process of extracting data from a system by exerting it through its inputs and a model for a system

A biological neural network is composed of a groups of chemically connected or functionally associated neurons. A single neuron may be connected to many other neurons and the total number of neurons and connections in a network may be extensive. Connections, called synapses, are usually formed from axons to dendrites, though dendrodendritic synapses and other connections are possible. Apart from the electrical signalling, there are other forms of signalling that arise from neurotransmitter diffusion. Artificial intelligence, cognitive modelling, and neural networks are information processing paradigms inspired by the way biological neural systems process data. Biological cybernetics

Data Structure is a way of collecting and organising data in such a way that we can perform operations on these data in an effective way. Data Structures is about rendering data elements in terms of some relationship, for better organization and storage. In simple language, Data Structures are structures programmed to store ordered data, so that various operations can be performed on it easily. It represents the knowledge of data to be organized in memory. It should be designed and implemented in such a way that it reduces the complexity and increases the efficiency.

Information science (also known as information studies) is an academic field which is primarily concerned with analysis, collection, classification, manipulation, storage, retrieval, movement, dissemination, and protection of information. Practitioners within and outside the field study the application and the usage of knowledge in organizations in addition to the interaction between people, organizations, and any existing information systems with the aim of creating, replacing, improving, or understanding information systems.

The field of robotics has definitely improved to a great extent. During the initial days of development, scientists were faced with two major challenges -one, predicting every action of a robot, and two, reducing the computational complexity in real-time vision tasks. While robots could perform specific functions, it was impossible for scientists to predict their next move. For every new functionality, a robot would have to be reprogrammed every time, which made the task a tedious one. Another major obstacle with robots is that unlike humans who use their unique sense of vision to make sense of the world around them, robots can only visualize the world in a series of zeros and ones. Thus, accomplishing real-time vision tasks for robots would mean a fresh set of zeros and ones every time a new trend emerges, thereby increasing the computational complexity.

Coding and data Science  can be used for building websites, software applications, data analysis, machine learning, building data pipelines, visualization, and much more. ... As an aspiring data scientist, your goal with learning to code will be, Read and write data from different sources. Work on different data types Coding, sometimes called computer programming, is how we communicate with computers. Code tells a computer what actions to take, and writing code is like creating a set of instructions. By learning to write code, you can tell computers what to do or how to behave in a much faster way. You can use this skill to make websites and apps, process data, and do lots of other cool things.

Computer Vision, often abbreviated as CV, is defined as a field of study that seeks to develop techniques to help computers and understand the content of digital images such as photographs and videos.The problem of computer vision appears simple because it is trivially solved by people, even very young children. Nevertheless, it largely remains an unsolved problem based both on the limited understanding of  biological vision and because of the complexity of vision perception in a dynamic and nearly infinitely varying physical world.

Data visualization is defined as a graphical representation that contains the information and the data. By using visual elements like charts, graphs, and maps, data visualization techniques provide an accessible way to see and understand trends, outliers, and patterns in data. In modern days we have a lot of data in our hands i.e., in the world of Big Data, data visualization tools, and technologies are crucial to analyse massive amounts of information and make data-driven decisions. To model complex events. Visualize phenomenon that cannot be observed directly, such as weather patterns, medical conditions, or mathematical relationships.

Robotics may be a field that deals with manufacturing humanoid machines which will act like humans and perform some steps like citizenry. Now, robots can act like humans in firm circumstances, but can they trust like humans as well, this is frequently where AI comes in! AI allows robots to act discreetly in firm situations. These robots could also be ready to work out problems during a restricted sphere or perhaps learn in controlled environments.

The real Data mining task is the self-loader or programmed examination of huge amounts of information to separate beforehand unclear, captivating, for example, meetings of information records (group investigation), unusual records (asymmetry discovery), and constrains (affiliation rule mining, consecutive example mining). This normally includes utilizing database methods, for example, dimensional files. These examples would then be able to be viewed as a sort of outline of the information, and may be utilized in further investigation or, for example, in AI and prognostic examination. For example, the information mining step may differentiate different gatherings in the information, which would then be able to be utilized to acquire progressively exact forecast results by a choice emotionally supportive network.

The execution of Data Science to any problem requires a set of skills. Machine Learning is an crucial part of this skill set. For doing Data Science, you must know the numerous Machine Learning   algorithms used for responding different types of problems, as a single algorithm cannot be the best for all types of use examples. These algorithms find a supplication in various tasks like prediction, classification, meeting, etc. from the dataset under deliberation.

Bioinformatics is purifying and inspecting large-scale genomics and other biological datasets to extension biological insights. As such, other phrases are occasionally used as well, such as algorithmic genetics and genomic data science. Data science is a little wider, mostly a broader word whose definition is near to that of bioinformatics without the biological focus clearing and inspecting large-scale datasets to expand insights. And the crucial skills of a data scientist require programming, machine learning, statistics, data quarrelling, data visualization and communication, and data intuition bioinformatics careers is domain specific data processing and quality checking, general data modification and cleansing, applied statistics and machine learning, domain-specific statistical instruments and data visualization and combination, capability to write code, ability to communicate data driven discrimination.

All accepted abstracts will be published in respective Conference Series International Journals.

Universal acclaim based on
8960 Ratings 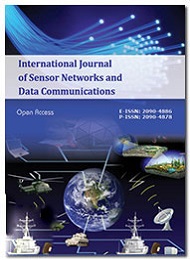